The BeyondNetZero team brings together leaders from across financial, industrial and climate sectors and networks, who collectively bring decades of expertise in supporting companies’ growth, solving climate-focused problems and accessing opportunities. 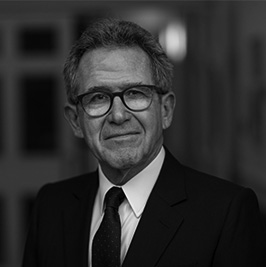 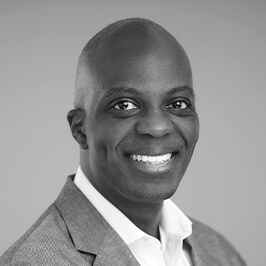 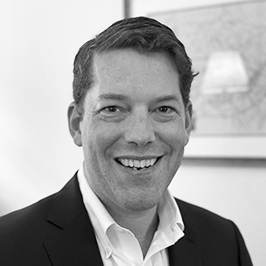 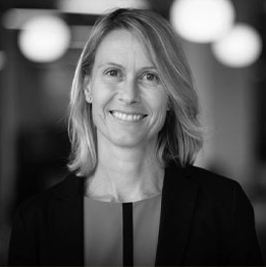 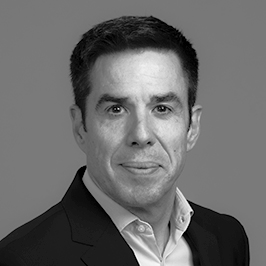 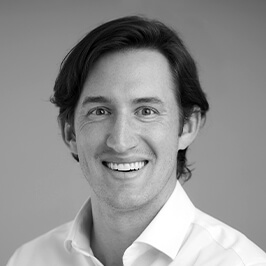 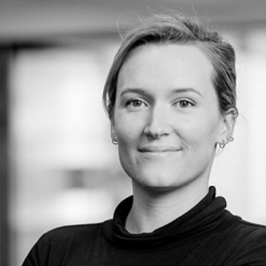 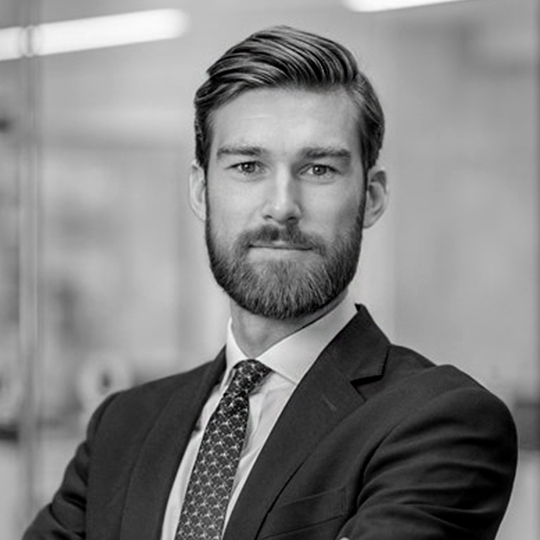 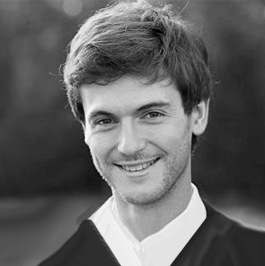 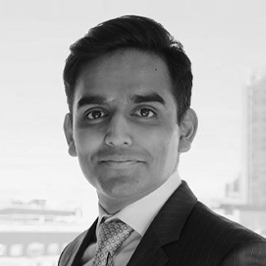 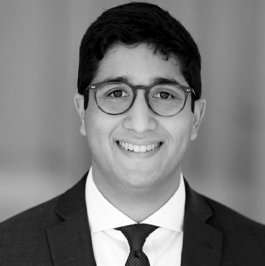 Lord John Browne serves as Chairman of BeyondNetZero and Senior Advisor to General Atlantic, providing strategic support and advice to the firm’s investment teams and portfolio companies. In both roles, he advises the firm on environmental, social and governance considerations, with a particular focus on climate solutions and the path to Net Zero emissions. Lord Browne served as Group Chief Executive of international energy company BP from 1995 to 2007, after having joined the company in 1966 as a university apprentice. He led the company through a period of significant growth and transformation, including BP’s merger with Amoco in 1998. His landmark speech at Stanford University in 1997 established BP as a global leader in the way it thought about and sought to address climate change. In 2007, Lord Browne joined Riverstone, where he was co-head of the world’s largest renewable energy private equity fund until 2015. He is also a former Chairman of Wintershall Dea, Europe’s largest independent oil and gas company. Lord Browne is Co-Chair of the Prime Minister’s Council on Science and Technology. From 2010 to 2015, he was the UK Government’s Lead Non-Executive Board Member. He was knighted in 1998 and made a life peer in 2001. Lord Browne is the Chairman of the Francis Crick Institute, Chairman of the Courtauld Institute of Art, Fellow of the Royal Society, Fellow and Past President of the Royal Academy of Engineering, and Fellow of the American Academy of Arts & Sciences. He previously served on the boards of DaimlerChrysler, Goldman Sachs, Intel and SmithKline Beecham.

Lance Uggla is the CEO of BeyondNetZero. Before joining BeyondNetZero in 2022, Lance was Chairman and CEO at IHS Markit, the global information company, prior to its $44 billion merger with S&P Global. Lance founded Markit in 2003, took it public in 2014 and co-led its merger of equals with IHS in 2016. Earlier in his career, he held executive roles at both Toronto Dominion Bank and The Canadian Imperial Bank of Commerce. Lance sits on the Board of Directors for Mastercard, Inc., and he serves as a Trustee and honorary member at the Tate Foundation and as a Trustee of the Uggla Family Foundation. He earned his Bachelor of Business Administration from Simon Fraser University and his Master of Science from LSE.

Michael Bevan is a Managing Director on the BeyondNetZero team. Bevan has over 25 years of investment experience exclusively focused on sustainable growth investing. Previously, Bevan was a General Partner at Element Partners, a firm dedicated to growth equity investing in environmental businesses. Prior to Element, he was a Partner at Advent International and helped co-manage a dedicated fund focused on minority growth equity transactions into companies focused on sustainability. He also worked at EnerTech Capital, a venture capital fund focused on alternative energy technology investing.

Rhea Hamilton is a Managing Director on the BeyondNetZero team. Hamilton brings nearly two decades of investing experience focused on climate and sustainability. Before joining BeyondNetZero, she was a Managing Director at OGCI Climate Investments, where she led the venture and growth equity investments globally. Prior to this, Hamilton headed private equity transactions focused on sustainable technology and clean energy, both for a large European family office as well as for a pioneer in sustainable investing, RobecoSAM.

Emmanuel Lagarrigue is a Managing Director on the BeyondNetZero team. Before joining BeyondNetZero, Lagarrigue was a Member of the Schneider Electric Executive Committee, serving first as Chief Strategy & Sustainability Officer and then Chief Innovation Officer. Lagarrigue led the company’s strategy and technology investments in sustainability, energy transition and digital transformation. He previously held multiple general management positions at Schneider Electric in multiple regions including the U.S., Asia, Europe and South America.

Wilson Bowen is a Principal on the BeyondNetZero team. Before joining BeyondNetZero, Bowen was a Principal at Blackstone Growth and focused on technology investments. Prior to that, he worked at TPG and Morgan Stanley.

Natasha Fowlie is a Principal on the BeyondNetZero team. Before joining BeyondNetZero, Natasha was a Principal at Riverstone Holdings, a private equity firm dedicated to investing in energy, power and renewables infrastructure. Prior to that, she worked at Goldman Sachs.

Fraser Johnston-Donne is a Vice President on the BeyondNetZero team. Before joining BeyondNetZero in 2021, Fraser was an associate at Riverstone Holdings, a private equity firm dedicated to investing in energy, power and renewables infrastructure. Prior to that, he was an associate at the UK Green Investment Bank, a UK government owned infrastructure fund making equity investments in offshore wind projects. Previously, he was an investment banking analyst in the Energy & Power team at Rothschild & Co. He started his career at Bloomberg New Energy Finance where he conducted analysis on power and renewables markets.

Matthew Powell is a Vice President on the BeyondNetZero team and serves as the Head of ESG & Reporting for the venture. Before joining BeyondNetZero, Powell was the Chief of Staff at L1 Energy.

Cecilia Ma is a Senior Associate on the BeyondNetZero team and focuses on investments in the climate and sustainability space. Before joining General Atlantic in 2021, Cecilia was a Private Equity Associate at Ares Management. Prior to that, she was an Investment Banking Analyst at Moelis & Company.

Betty Chen is an Associate on the BeyondNetZero team. Before joining BeyondNetZero in 2021, Betty was an Investment Banking Associate at Morgan Stanley in the Healthcare Group.

Dhairya Kapadia is an Associate on the BeyondNetZero team at General Atlantic. Before joining General Atlantic in 2022, Dhairya was an Investment Banking Analyst at Rothschild & Co.

Jay Mondkar is an Associate on the BeyondNetZero team at General Atlantic. Before joining General Atlantic in 2021, Jay was an Investment Banking Analyst at Rothschild & Co.

Alice Song is an Associate on the BeyondNetZero team. Before joining BeyondNetZero, Alice was an Investment Banking Analyst at Greenhill & Co.

Enass Abo-Hamed
Enass Abo-Hamed serves as an Advisor to the BeyondNetZero team. She is the Co-Founder and CEO of H2GO Power Ltd., an award-winning spin-out company from the University of Cambridge that develops energy storage technologies. Currently, she is also a Royal Academy of Engineering Enterprise Fellow and a technology expert consultant to European Commission (REA). With more than a decade of research and business experience in hydrogen production & storage, catalysis, renewable energy and energy storage, Abo-Hamed is passionate about climate entrepreneurship, multidisciplinary engineering and clean energy technology policy.

Ajay Banga
Ajay Banga serves as an Advisor to the BeyondNetZero team. He is the Executive Chairman of Mastercard, after serving 11 years as its CEO. He is a global leader in technology, data, financial services and innovating for inclusion. Banga is a co-founder of The Cyber Readiness Institute, chairman of the International Chamber of Commerce and a trustee of the United States Council for International Business. As an advisor to governments, companies and organizations of all kinds, he has advocated for partnership and systems that deliver on profit and purpose.

Diana Fox Carney
Diana Carney serves as an Advisor to the BeyondNetZero team. She is a Senior Advisor at Eurasia Group, where she advises clients on environmental issues and climate transition. Previously, she worked at think tanks in Canada and the UK and was executive director at Pi Capital. Diana also sits on the boards of the Shell Foundation and ClientEarth USA.

Steven Denning
Steven A. Denning serves as an Advisor to the BeyondNetZero team and is also Chairman Emeritus of General Atlantic. Denning helped build General Atlantic with a vision of supporting entrepreneurs as they work to grow their businesses. For over four decades, Denning has helped General Atlantic become a leading global growth investment firm, today with 14 offices around the world. Denning also served on the Board of Trustees of Stanford University from 2004 to 2017, including as its Chairman from 2012 to 2017, and was a member of The Nature Conservancy Board of Directors from 2007 to 2016, including as Co-chair from 2013 to 2016. Before joining General Atlantic, Denning worked at McKinsey & Company and served for six years in the U.S. Navy.

Erik Fyrwald
J. Erik Fyrwald serves as an Advisor to the BeyondNetZero team. Fyrwald is currently CEO of Syngenta. He previously served as CEO of Univar from 2012 to 2016. Previously, following a 27-year career at DuPont, he joined Nalco Company, serving as Chairman and CEO until 2011, when Nalco merged with Ecolab Inc. Following the merger, he served as president of Ecolab. Fyrwald currently serves on the boards of directors of Syngenta, Bunge Limited, CropLife International, Eli Lilly and Company, the Swiss American Chamber of Commerce and the UN World Food Program Farm to Market Initiative.

Mark Gainsborough
Mark Gainsborough serves as an Advisor to the BeyondNetZero team. Gainsborough is the former head of Shell New Energies, with a strong track record of investments in renewables, energy storage, hydrogen, biofuels and nature-based solutions. He currently serves on the boards of companies developing low carbon technologies and is the co-founder of Low Carbon Advisors, helping CEOs and boards to navigate the path to Net Zero carbon emissions.

Rachel Kyte
Rachel Kyte, CMG, serves as an Advisor to the BeyondNetZero team. She is the fourteenth Dean of The Fletcher School at Tufts University. Previously, she served as Special Representative of the UN Secretary General, CEO of Sustainable Energy for All (SEforALL) and a World Bank Group Vice President and special envoy for Sustainable Development and Climate Change. She currently advises international organizations, firms and governments on transitions and climate action.

Elizabeth Littlefield
Elizabeth Littlefield serves as an Advisor to the BeyondNetZero team. Littlefield previously served as President and CEO of OPIC, now known as the U.S. International Development Corporation (DFC), during the Obama Administration. Prior to this role, she was the CEO of CGAP, the microfinance policy center housed at the World Bank, and was the Managing Director of JPMorgan’s emerging markets capital markets business. She currently chairs the board of M-KOPA, the leading pay-as-you go solar company in Africa. Littlefield is also a senior adviser at Albright Stonebridge Group and serves on the boards of several of environmental and mission-driven organizations operating in developing countries.

John Thornton
John Thornton serves as an Advisor to the BeyondNetZero team. He is Executive Chairman of Barrick Gold Corporation, Non-Executive Chairman of PineBridge Investments, and a director of Ford Motor Company and SparkCognition, a leader in industrial artificial intelligence. Thornton was formerly President of Goldman Sachs and Chairman of the Brookings Institution. He is currently Co-Chairman of Asia Society, Vice Chairman of Morehouse College and is an International Advisory Board member of Tsinghua University School of Economics and Management and School of Public Policy and Management.